Below is a series of photos from that trip, dated in chronological order. These photos accompany the following story…

From July 3 to December 3, 2015, I had the absolute pleasure of spending five months in Brazil, four of these thanks to a grant from the Fulbright Scholar Program. That external funding allowed me to divide my time evenly between teaching at the Federal University of Minas Gerais (UFMG) and researching the role of the berimbau musical bow in its traditional context of the Afro-Brazilian martial game known as Capoeira Angola. I conducted the research through reading, studying recordings, making musical transcriptions and, most importantly, actively training at the Capoeira Angola Dobrada Association (ACAD). Such active participation (literally learning how to be playful with my body, how to kick and be kicked, how to use my arms as legs, how to fall gracefully without injury, and much, much more) has opened up incredible opportunities to learn from inside the community, through conversations concerning the musical and philosophical aspects of the art form. No matter how much reading or listening I do on the subject, my understanding of Capoeira Angola would be impoverished without this critical participation.

My Fulbright period began in August of 2015. The month of July, however, was shared with a group of five wonderfully talented percussion students from Northern Illinois University’s School of Music: Alexis Lamb, Christopher Mrofcza, Kyle Flens, Abigail Rehard, and Daniel Eastwood. This trip would never have been possible without the generous support of many entities and people at NIU including: the Office of the Provost that approved my year-long sabbatical; the Division of International Programs and its Lillian Cobb Faculty Travel Fellowship for International Teaching and Service; Richard Holly, the former Dean of the College of Visual and Performing Arts; and, certainly not least, Kristin Huffine and Sandy Lopez at the Center for Latino and Latin American Studies. With this collective support, we six musicians performed six concerts of “MeiaMeia,” a cycle of original music for tuned berimbaus co-composed by myself and undergraduate student, Alexis Lamb.

The significance of performing this music in Brazil is paramount to the journey. The berimbau is Brazilian. It is an icon of African identity throughout that country. Through its association with Capoeira, it is the most well-known and widely played musical bow on this planet, and it is universally known throughout Brazil. Because everyone for whom we performed or taught already knew the berimbau in a certain manner, our presentations were instantly recognized and yet utterly shocking because our music is informed by yet markedly outside of the tradition of Capoeira music making. Our performances resulted in a series of incredible and life changing experiences for everyone involved – myself, the students, and the communities for whom we offered our musical teaching and musical performances.

From July 4th through the 15th, we traveled through the state of Minas Gerais and performed five concerts in the cities of Mariana, Ouro Preto, Marinhos, Brumadinho, and Belo Horizonte. On the days we were not traveling from city to city, we based ourselves in the capital city of Belo Horizonte (BH). My friend and colleague there, Dr. Fernando Rocha, is the Professor of Percussion at the Federal University of Minas Gerais (UFMG) and was of great help to me in the organization of these performances. In BH, the students and I participated in three Capoeira Angola training sessions with Mestre Jurandir of the International Capoeira Angola Foundation (FICA) and two sessions with the person who would later become my primary teacher and reference in the world of Capoeira Angola, Contramestra Alcione Oliveira of the group ACAD. In both locations, in front of a group of capoeira practitioners, these teachers afforded us the opportunity to give short explanations and performances of our music. This was a wonderful stroke of luck and very successful because it generated an enthusiastic and large audience for our final performance in Belo Horizonte on July 14th.

In Minas Gerais, aside from performing and Capoeira training, additional professional engagements included:

The second phase, July 16th through July 26th, found us in the rustic, beautiful coastal village of Serra Grande in the state of Bahia. There we stayed at the Fazenda Cultural Ouro Verde (“Green Gold Culture Farm” a reference to both the Brazilian flag and to the inherent value of “green” or sustainable living). Ouro Verde is the home of my first berimbau teacher, Eldio Rolim, better known as Mestre Cabello Caobijubá. I first met Cabello in New York City in 1999, while I was doing doctoral work at the Manhattan School of Music. When the berimbau suddenly and magically entered my life I sought out a good teacher and Cabello’s name came up again and again. His teachings were, in fact, excellent and have stayed with me. So much so that, sixteen years later, this trip is in no small way the direct result of my initial contact with him. At the Barracão d’Angola community center that Mestre Cabello and his wife, Mestra Tizsa, have created, the students and I trained Capoeira Angola, Afro-Brazilian percussion and dance, and performed our final performance of the journey.

I have created an online photo album for the many experiences detailed above to give a richer, more complete sense of our experiences abroad.

I should mention that in 1999, during my second berimbau lesson with Mestre Cabello, I performed for him and he smiled, then gave me the following challenge:

“Your job with the berimbau…will be to discover what you can do with the instrument that tells who you are, what you are when you play berimbau.”

Sixteen years later, I am delighted to report that, Northern Illinois University has allowed me the creative environment to develop something unique with the berimbau that I can share with my students. Challenging them to learn, develop, and grow musically has aided my own growth in remarkable ways. Especially notable is the synergy between myself and Alexis Lamb, the result of which is an album of this music, MeiaMeia, that we will be releasing mid-2016 on Innova Recordings, a Minneapolis-based contemporary music label with worldwide renown. Indeed, through these myriad musical and teachin experiences at Northern as well as the generous support from around the campus, I was able to respond to Mestre Cabello’s challenge in the most meaningful of ways and share it directly with him, with his community in Bahia, with a series of communities in Minas Gerais, and with five excellent young musicians from NIU.

In closing, I would like to state that NIU is an remarkable institution that supports and brings out the very best in all of us, faculty, staff, and students alike, as scholars and as human beings. I am so happy to be a part of the fabric of NIU and am looking forward to resuming teaching in the 2016-2017 academic year! 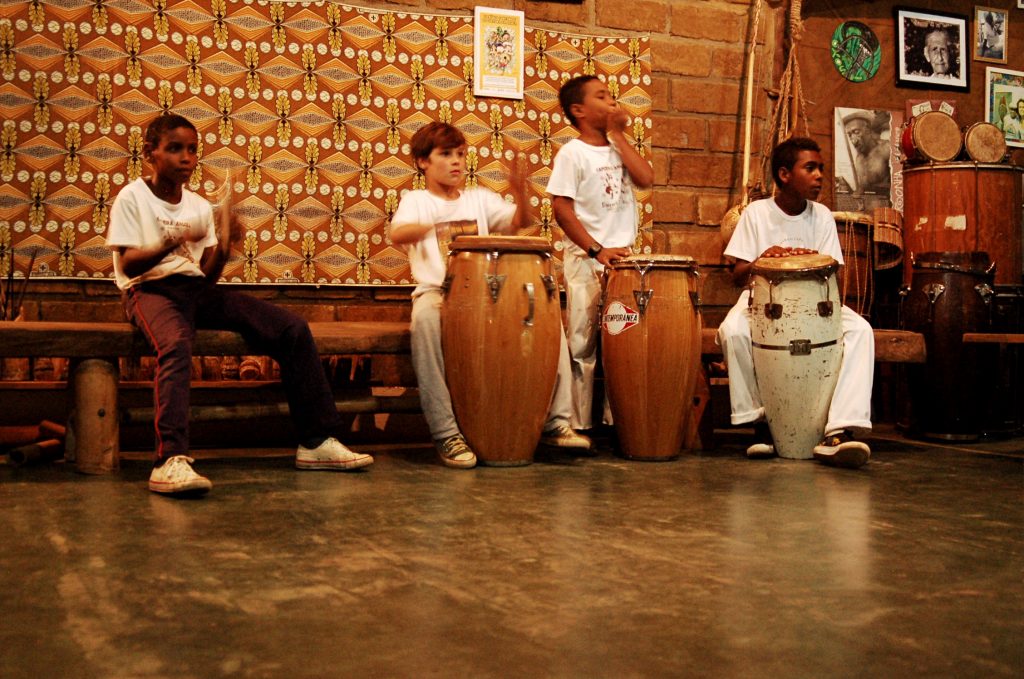 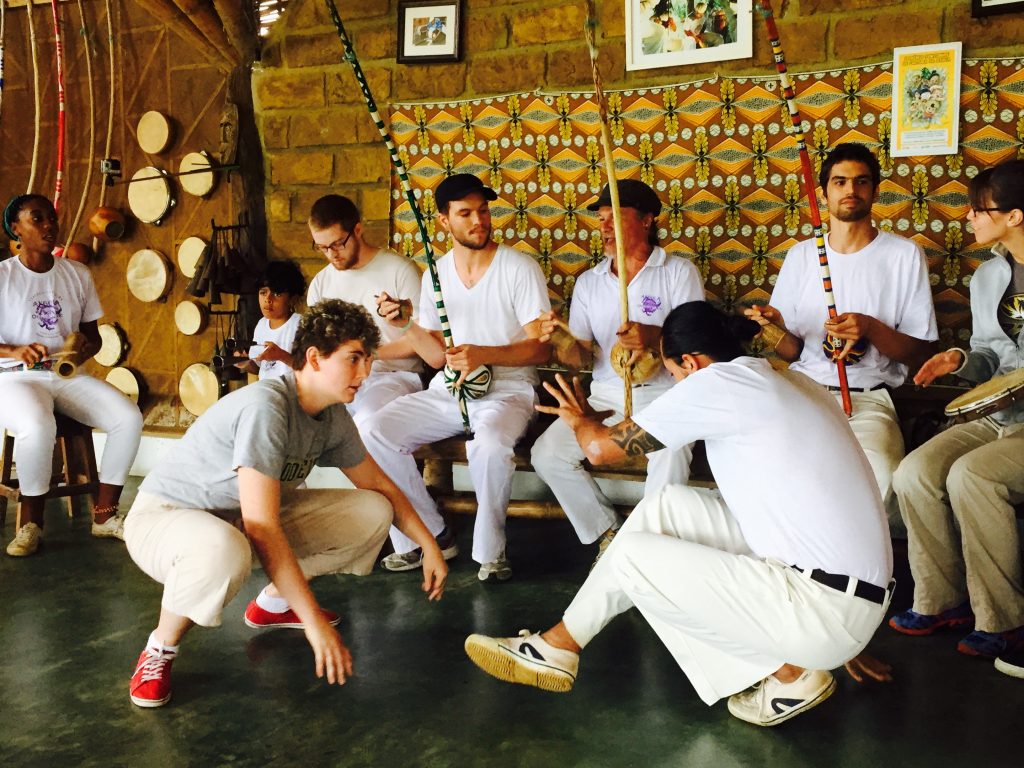 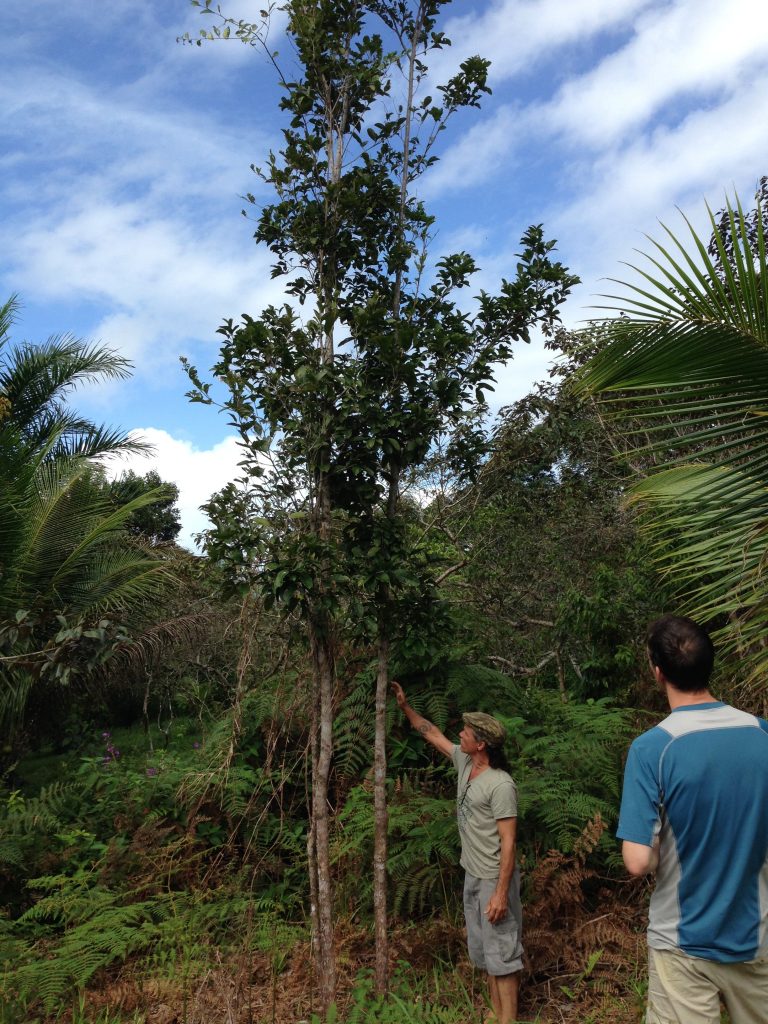 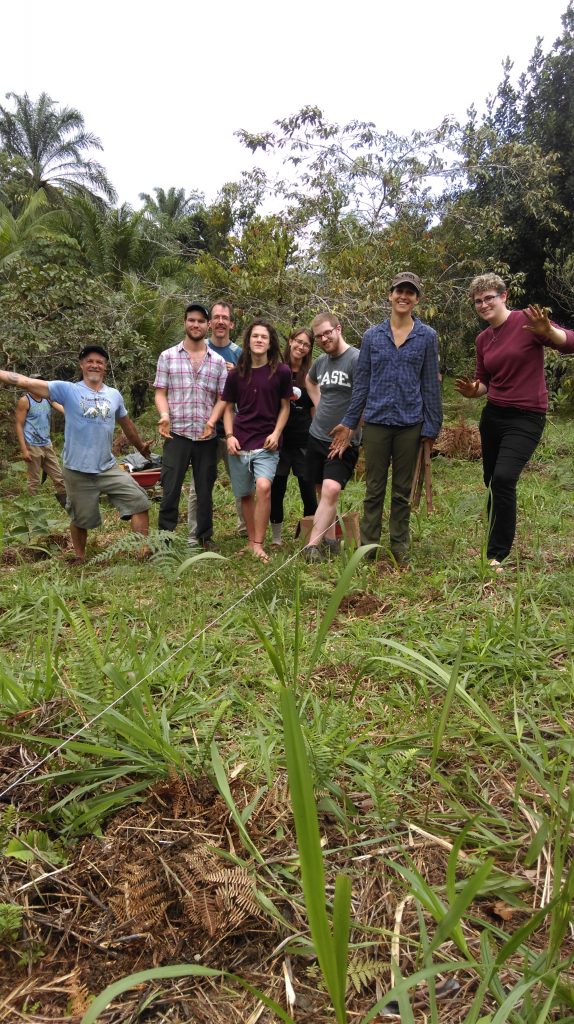 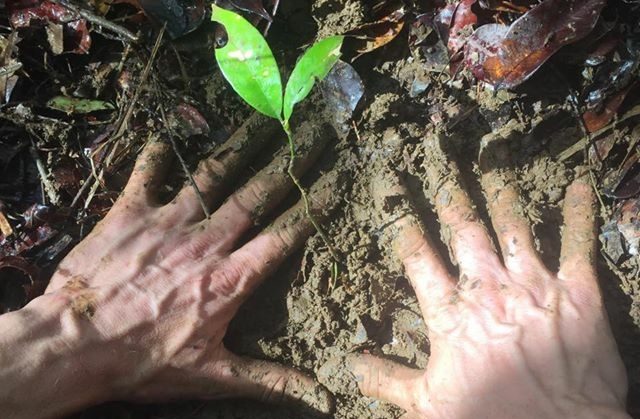 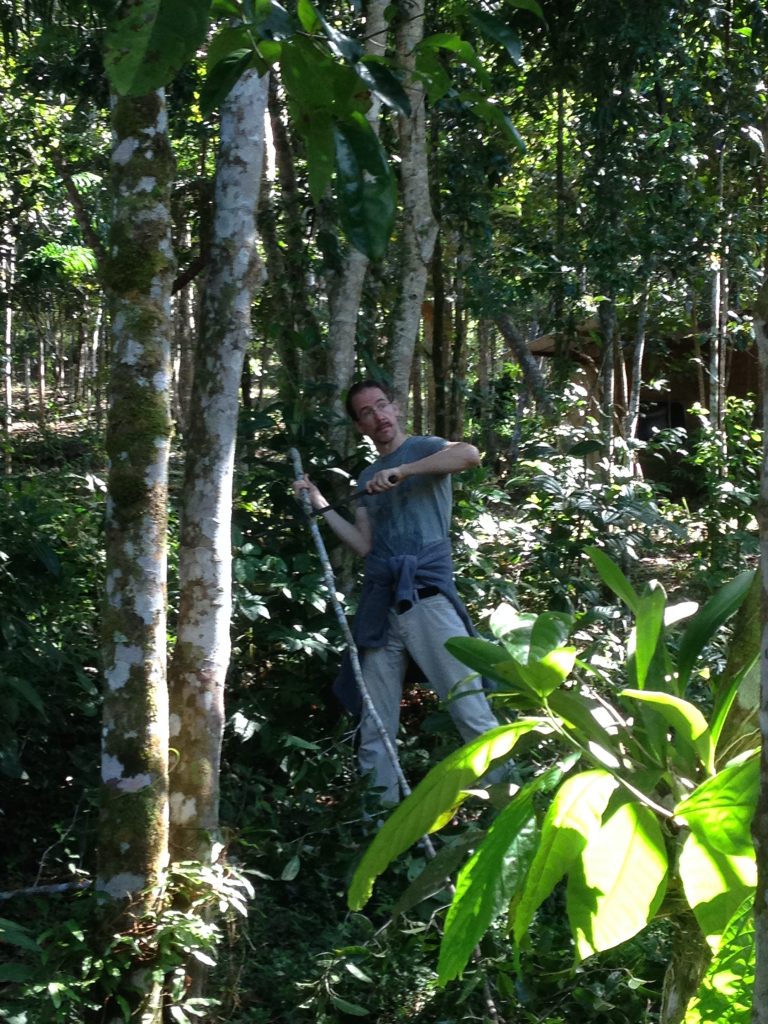 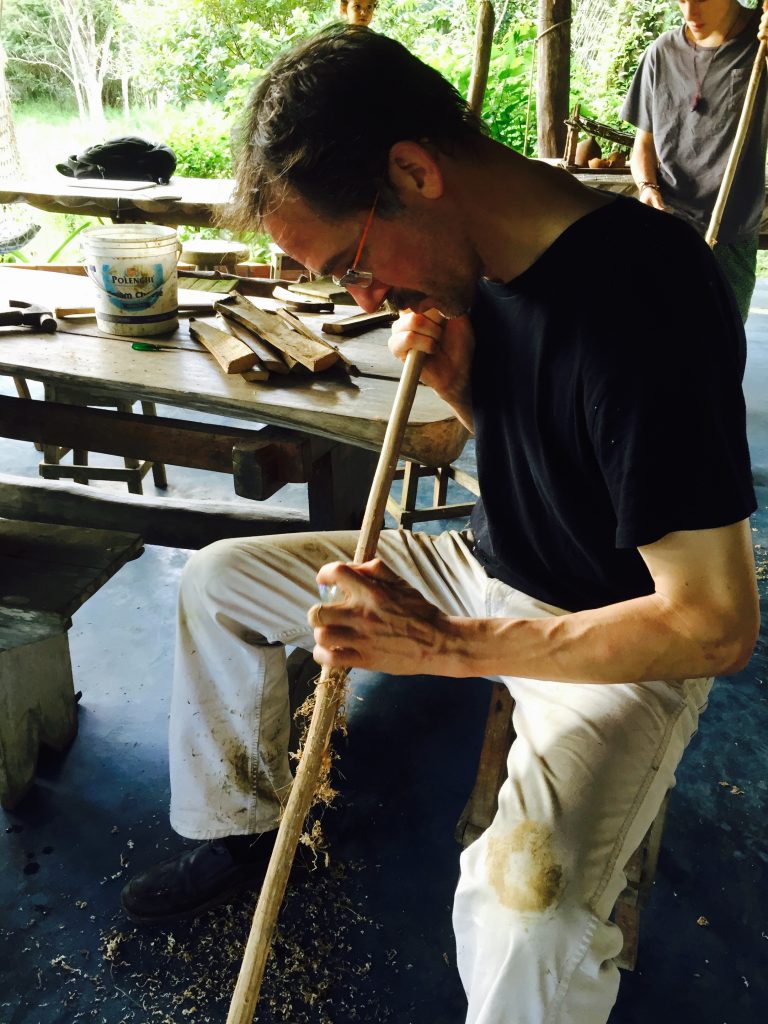 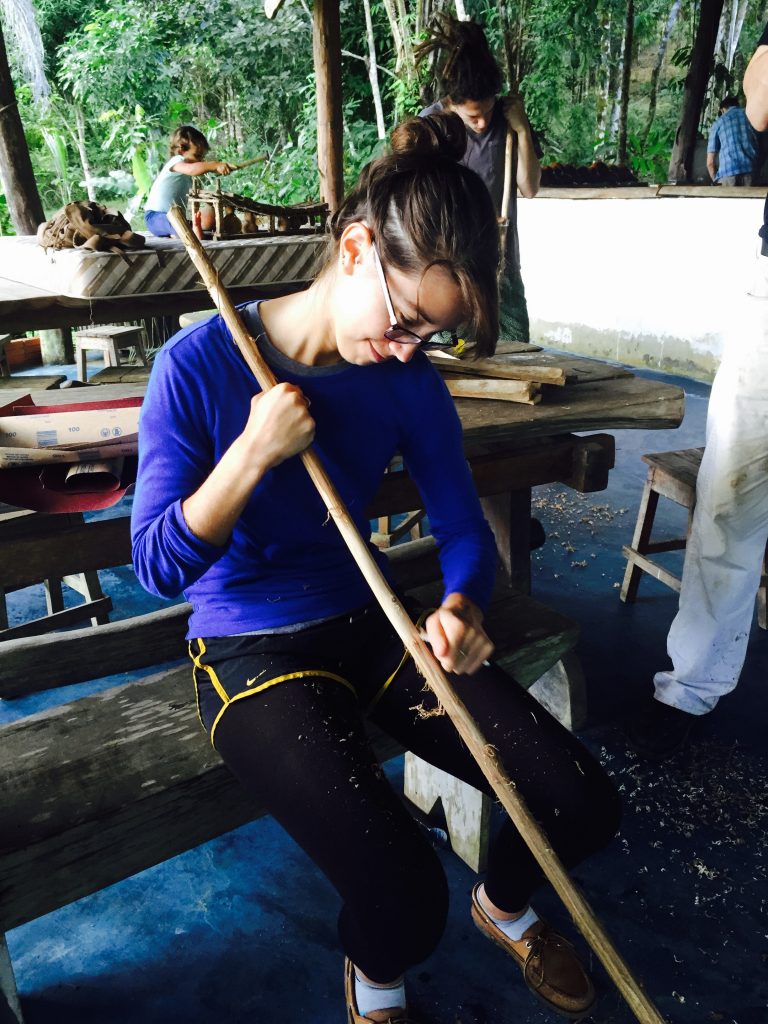 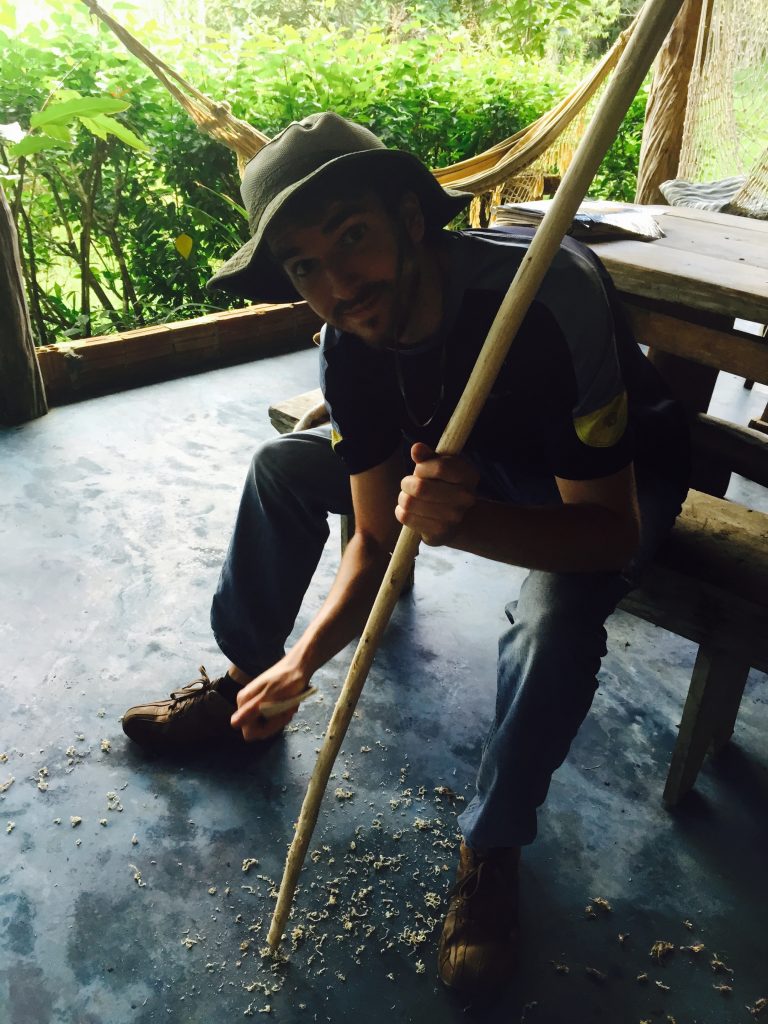 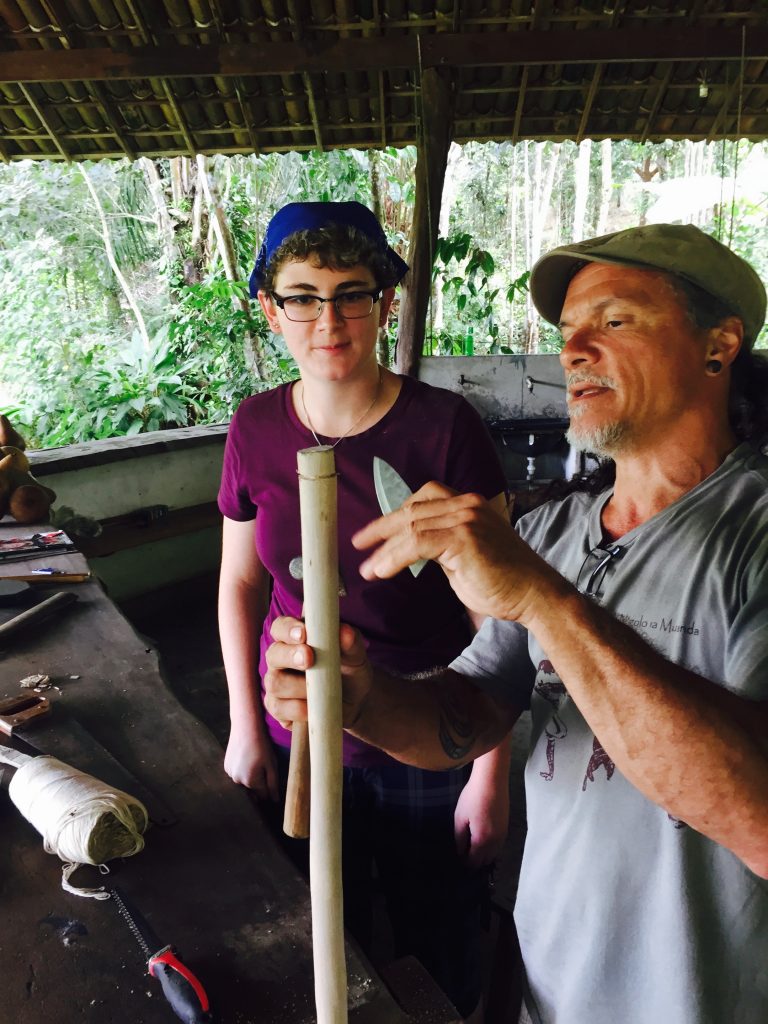 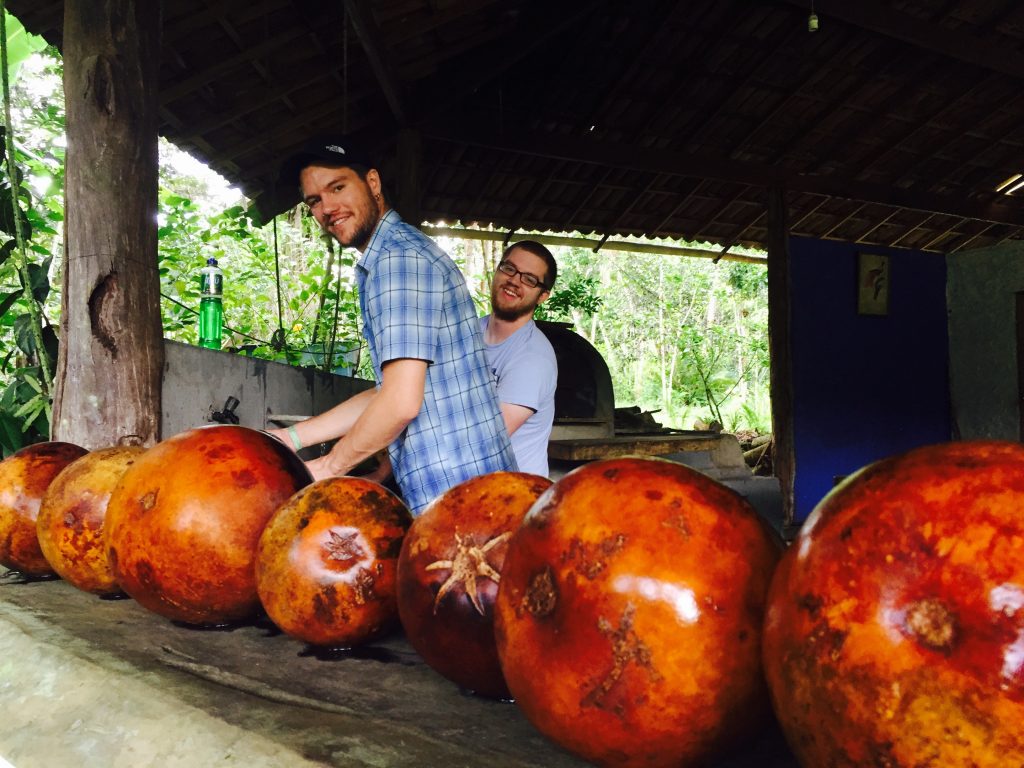 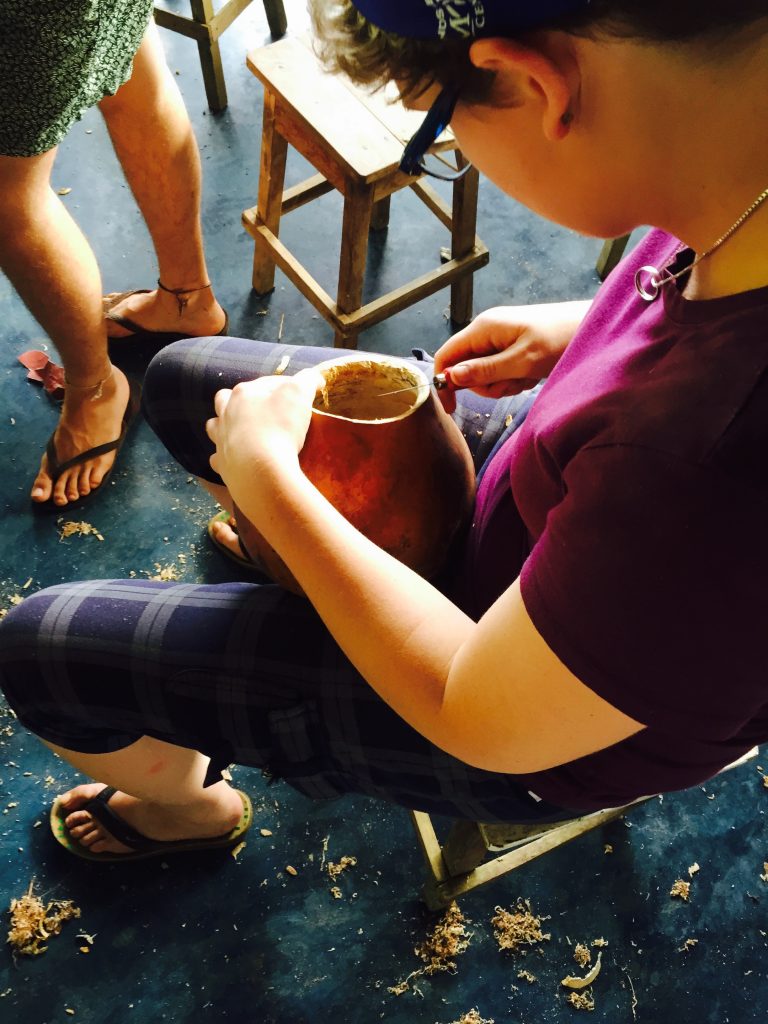 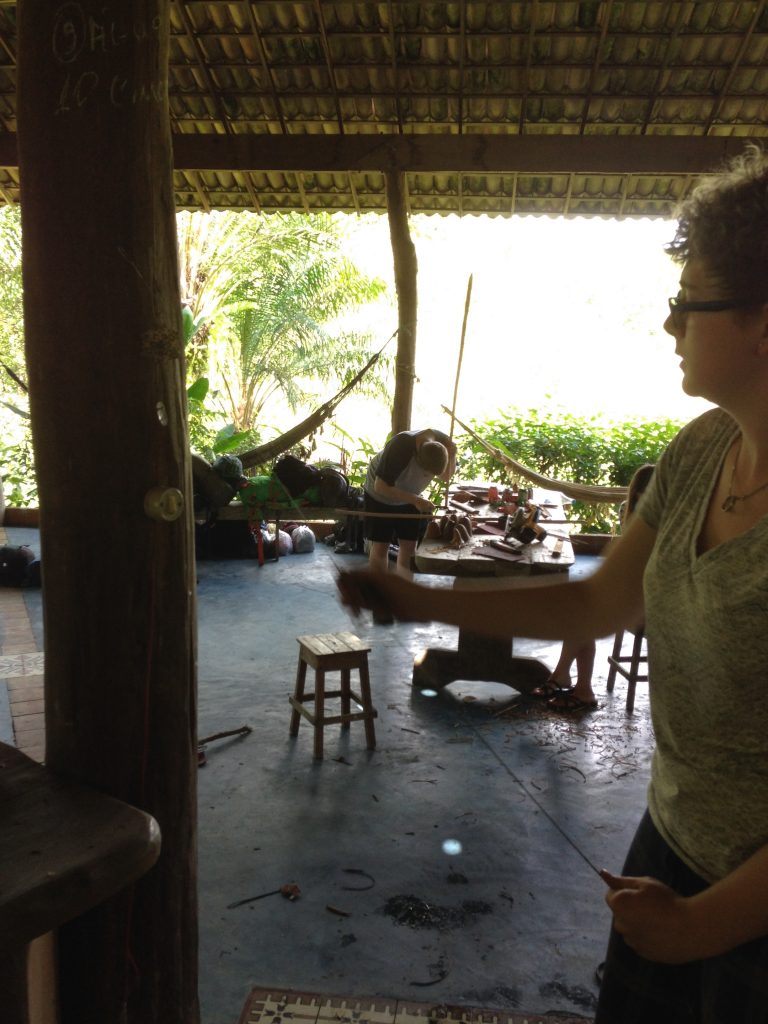 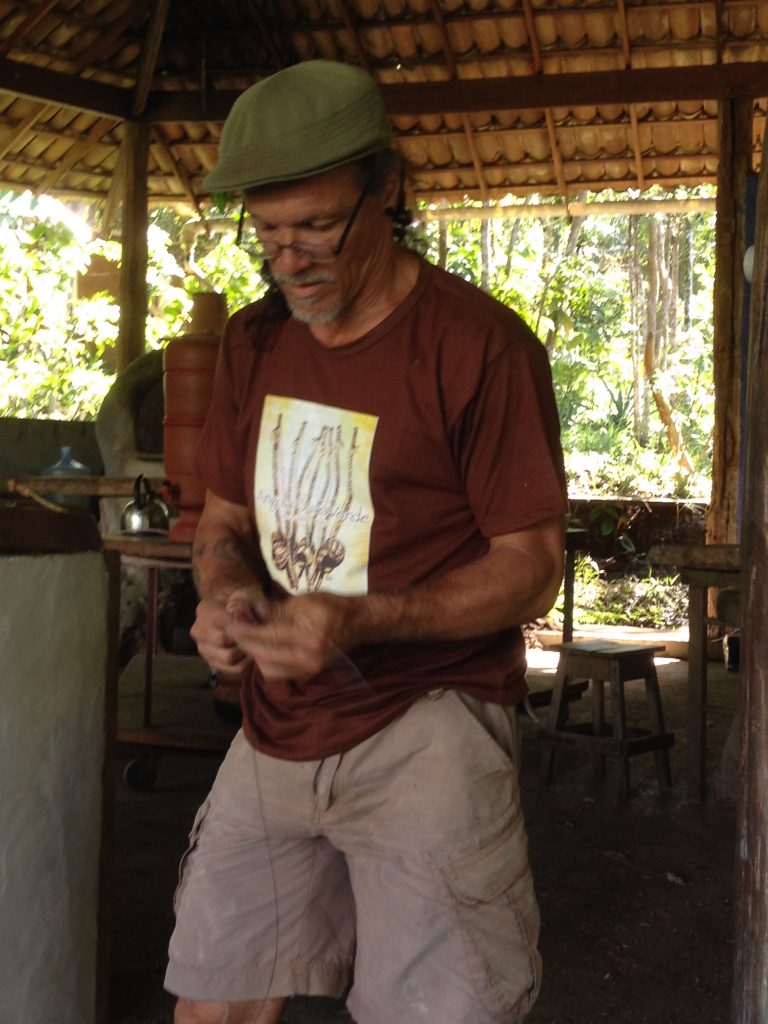 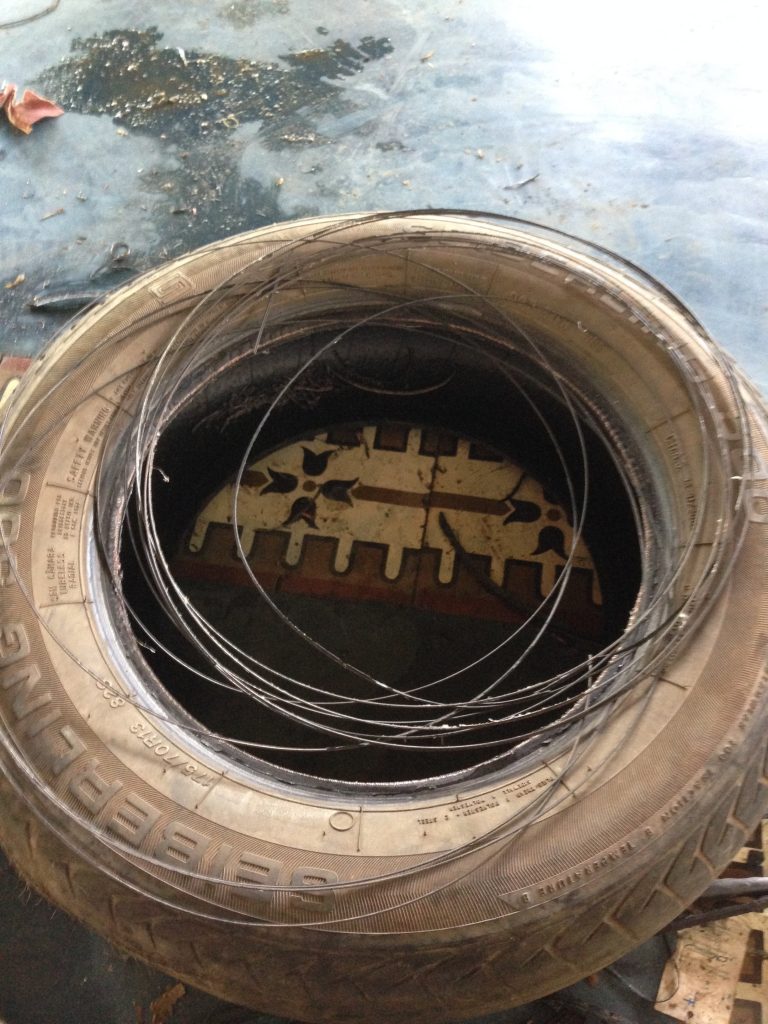 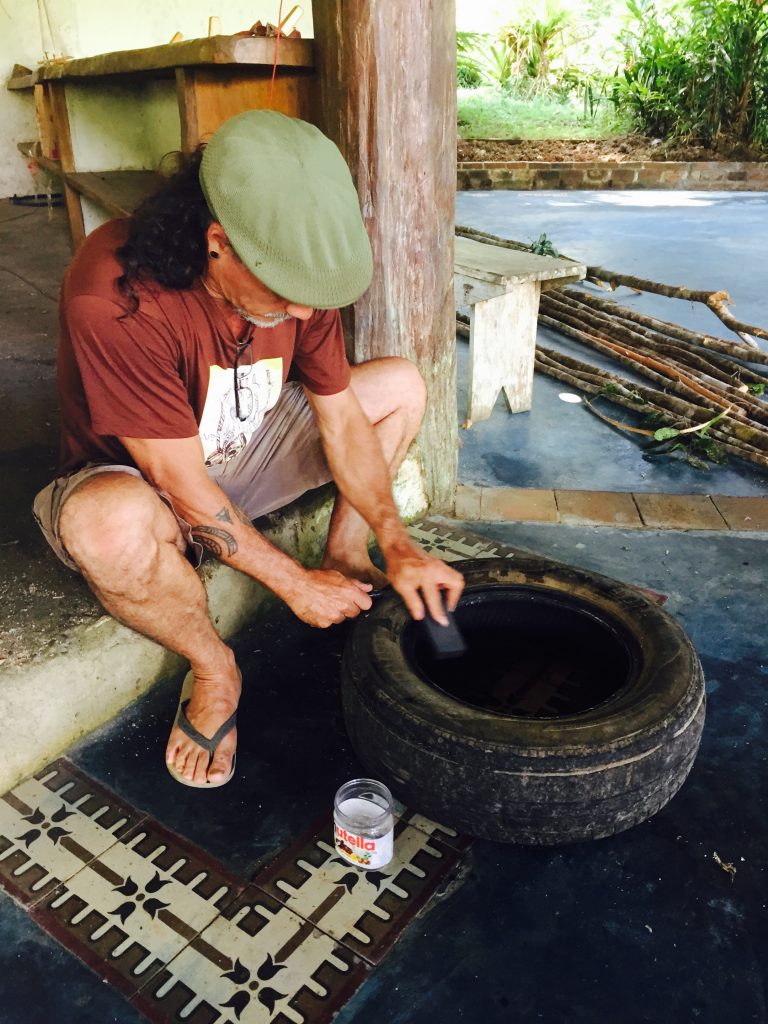 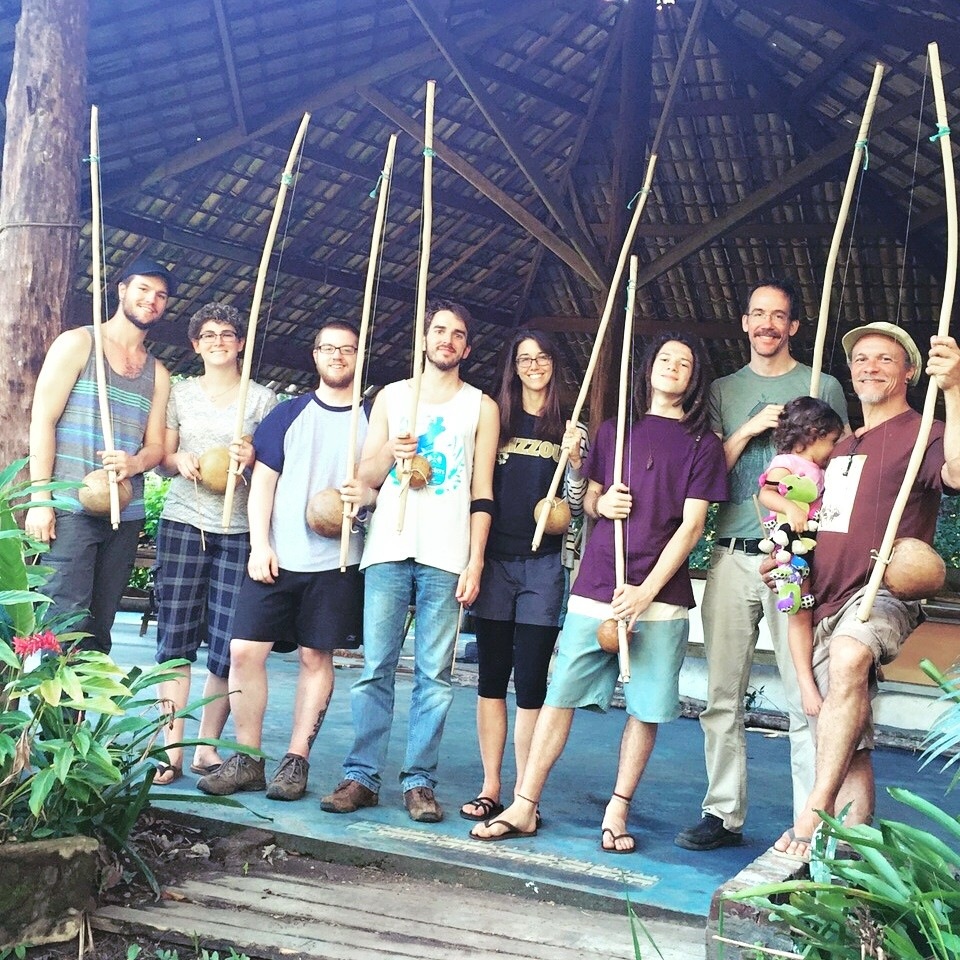 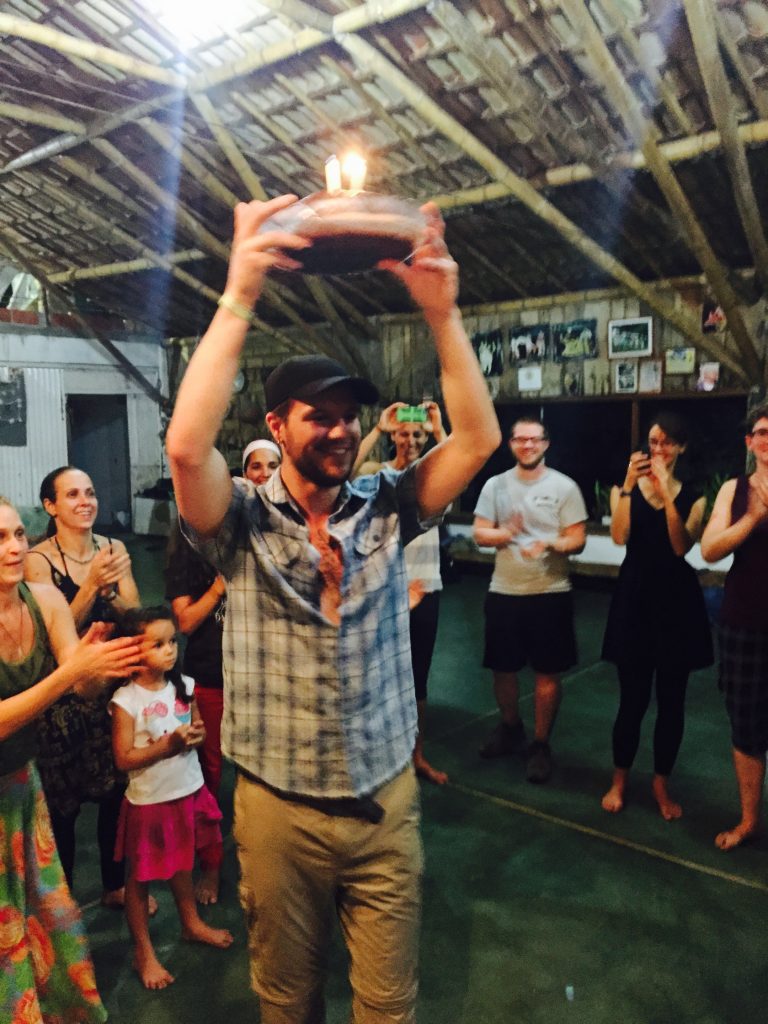 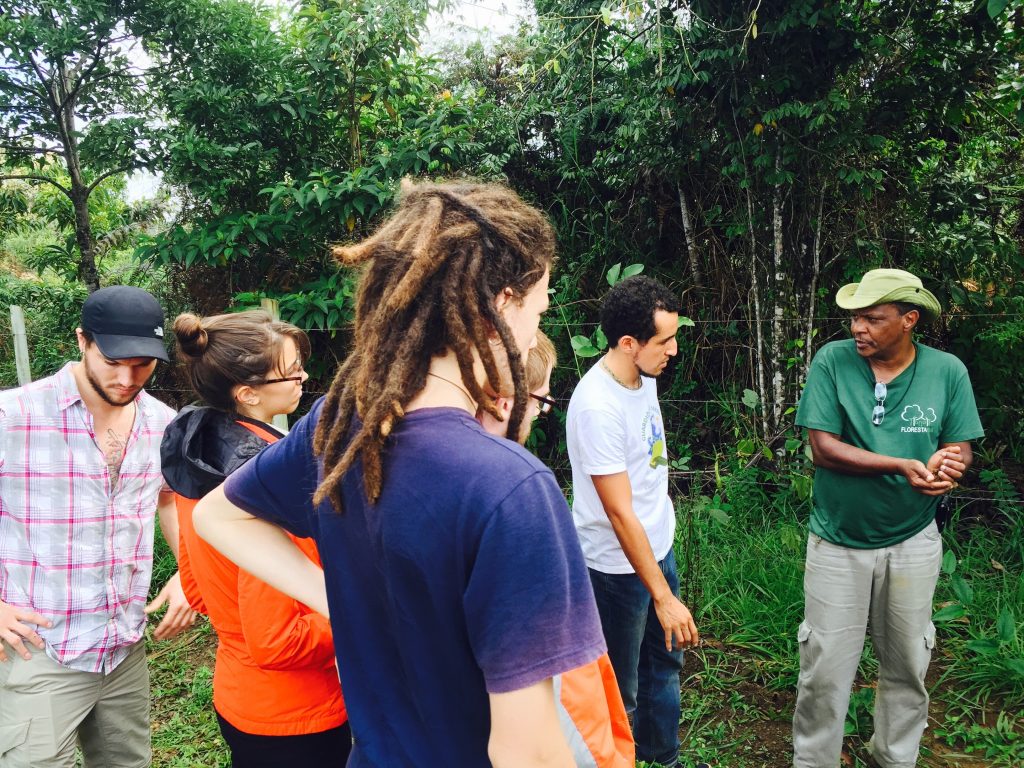 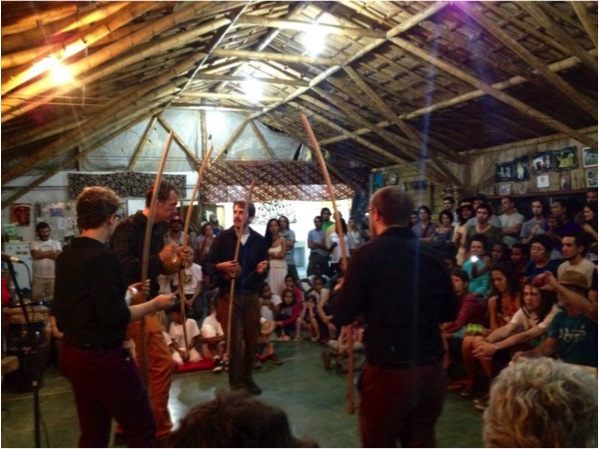 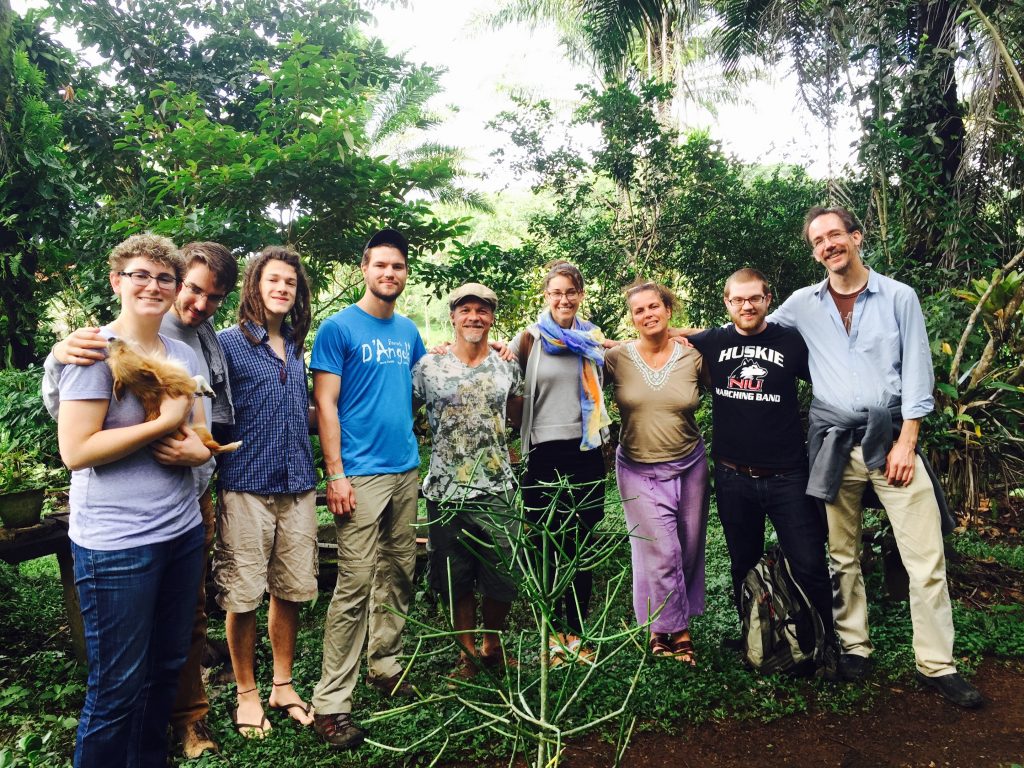