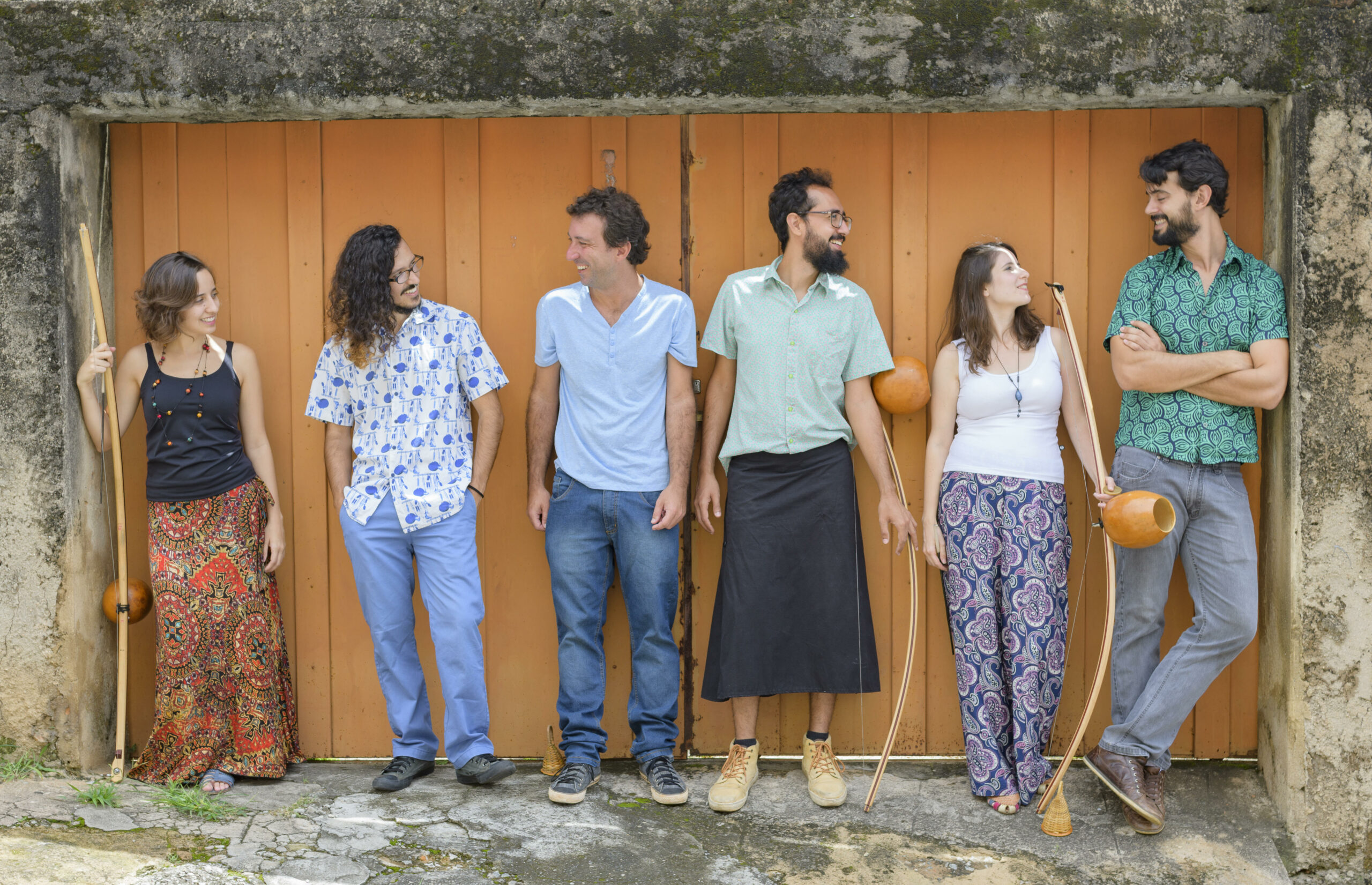 Arcomusical Brasil is the Belo Horizonte-based berimbau sextet and representative of Arcomusical, a non-profit organization with a mission to spread the joy of musical bow culture through passionate performances of original, creative musical works. The ensemble has created its musical path intersecting the worlds of popular Brazilian and concert chamber musics, creating a unique voice as reflected in their original compositions and committed performances.

The ensemble was founded in February 2016 as a direct result of the First International Bow Music Conference at KwaZulu-Natal University. Gregory Beyer, American Fulbright Scholar, Professor of Percussion at Northern Illinois University, and Artistic Director and Founder of Arcomusical, was a Visiting Professor at the Federal Univeristy of Minas Gerais in late 2015. Invited to present at the conference, Beyer formed a select group of talented members of Professor Fernando Rocha’s UFMG Percussion Group to prepare Arcomusical’s chamber music to perform in Africa. That experience catalyzed the Brazilians to continue and develop their own ensemble to fulfill Arcomusical’s mission in Brazil. Since its formation, Arcomusical Brasil has given acclaimed performances to receptive audiences throughout Minas Gerais including: Belo Horizonte, Ouro Preto, and São João del Rei.

Arcomusical Brasil has recently developed a series of four collaborations to encourage interaction between composers and other instrumentalists from both the worlds of popular and classical music, such that many people can contribute to the growth of a new musical language and of new possibilities for the berimbau. First, a collaboration with the German-based Brazilian guitar duo Guanduo, resulted in a recording of Imaginary Suite, a three movement quintet for two guitars and three berimbaus by Guanduo member Eduardo Pinheiro. The recording will be released in 2018 on Guanduo’s second album project. Second, a collaboration with composer Rafael Calaça adapted Calaça’s Capoeira Suite to include Arcomusical Brasil’s sound alongside a string orchestra and traditional capoeira bateria. Third, work with the urban rap singer, composer, and capoeirista Marquim D’Morais brought the sound of Arcomusical Brasil into D’Morais’s live performances and recent lyrical inventions. Most recently, Arcomusical Brasil prepared a choreographed version of Alexis Lamb’s “Apenas seja” with the Belo Horizonte-based dance troupe, Chameleon. For the 2018 SASRIM/Bow Music Conference Arcomusical Brasil will present a concert of new works composed by the ensemble members José Henrique, Mateus Oliveira, Natália Mitre, as well as movements from Rafael Calaça’s aforementioned Capoeira Suite. The group will be joined by Arcomusical Artistic Director Gregory Beyer to perform some of his original music as well. 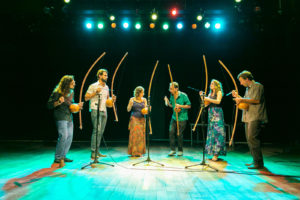