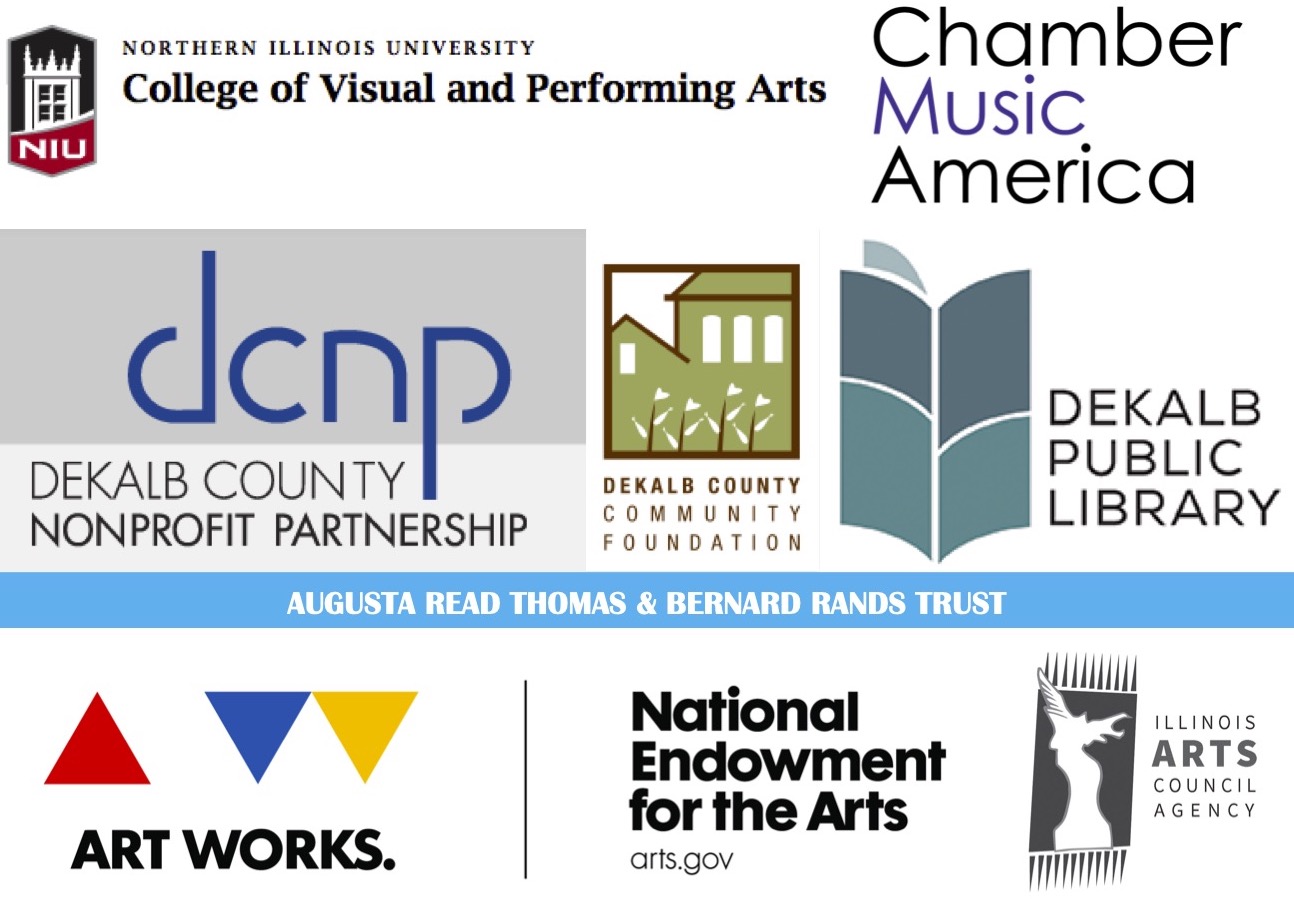 Arcomusical is deepening its roots and impact in the local community of DeKalb and throughout the region of northern Illinois.

Northern Illinois University is the “birthplace” of Arcomusical and is still our homebase for rehearsals and recordings.

Arcomusical became a member of the DeKalb County Nonprofit Partnership (DCNP) in 2017. Most recently Arcomusical Artistic Director Gregory Beyer has become a member of DCNP’s Give DeKalb County Committee, a group charged with helping DCNP make important planning decisions in its largest annual fundraising event that has a deep impact in the county’s non-profit sector. Arcomusical has received an annual grant from the DeKalb County Community Foundation to facilitate our K-12 educational programming in the region and throughout the country. Arcomusical has also had the wonderful opportunity to team up with the DeKalb Public Library to present a special concert of holiday music at the end of each calendar year.

Across the state, Arcomusical has become a recognized as an innovative arts non-profit by the Illinois Arts Council Agency, whose program grants help Arcomusical sustain its operations throughout the year. Most recently, Arcomusical is grateful for ongoing support from the Augusta Read Thomas & Bernard Rands Trust.