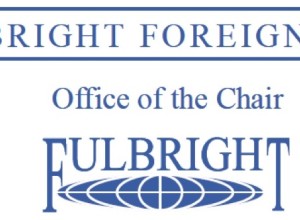 On Christmas Eve 2014, I received a letter from the William Fulbright Foreign Scholarship Board.

“On behalf of the J. William Fulbright Foreign Scholarship Board, I am pleased to congratulate you on your selection for a Fulbright award to Brazil.”

I am thrilled to report that I will be spending the second half of 2015 (which coincides with the first half of my first sabbatical from NIU!) as a Visiting Scholar at the Federal University of Minas Gerais (UFMG) in Belo Horizonte.

My plans include running a seminar on contemporary berimbau performance practice; leading a performance of berimbau chamber music with UFMG students; training Capoeira Angola; traveling to visit with berimbau ensembles in Bahia, São Paulo, and elsewhere; visiting berimbau luthiers such as Berimbau Brazil﻿; and collaborating with Brazilian composers and artists to create further new repertoire for the contemporary berimbau.

2 Responses to News from the Fulbright Foreign Scholarship Board!