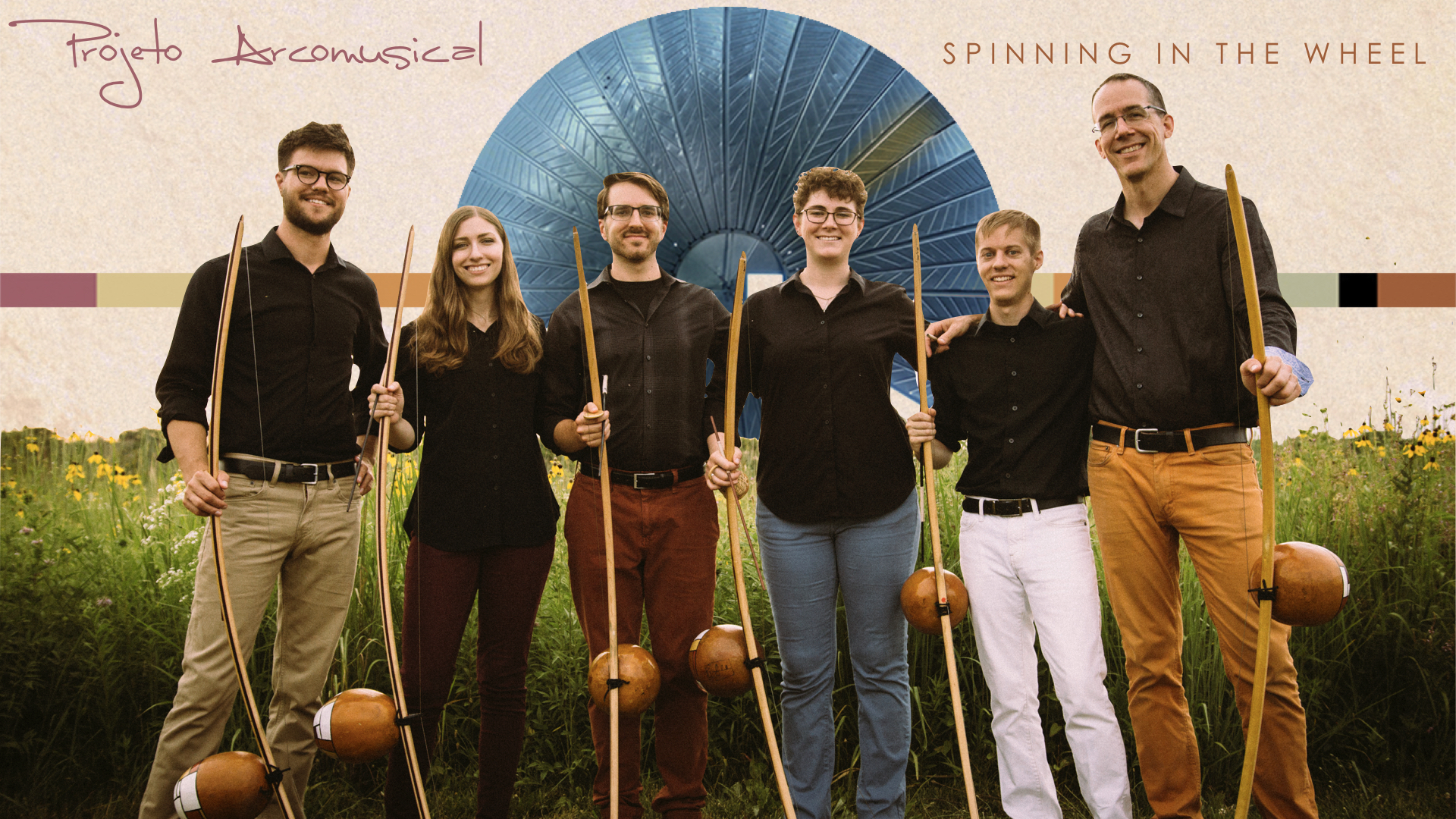 “A jam session with a plan.”

– I Care if You Listen

Spinning in the Wheel videos featured on 21CM.org 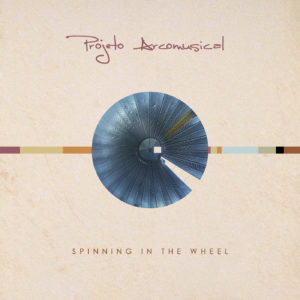 Spinning in the Wheel Videos

Spinning in the Wheel is Projeto Arcomusical’s second album project. It features eight compositions by four composers, three of whom are members of the ensemble. The fourth composer is Elliot Cole, whose astounding four-movement twenty-minute work, “Roda” is prominently featured. Roda (pronounced in Portuguese with a guttural R that sounds more like an H, i.e. “hoda”) means ‘wheel’, a structural concept that steers every aspect of this albums design. As just one example, the works on Spinning in the Wheel are cyclically and symmetrically arranged:

The berimbau plays an essential and multi-faceted role in the Afro-Brazilian body game of Capoeira Angola. And there the wheel is an important symbol. Seated in a circle, the community comes together to form a “roda.” Simultaneously the physical space of the game, for practitioners it also represents the wheel of life. In the roda, everyone present participates, either singing, playing percussion, or stepping inside the roda to play. Sometimes a player may take pride in a game well played, and sometimes she will get tripped up, kicked, will fall, or worse. Yet the knowledge that comes from failure becomes the powerful motivation to get up and return again and again to the roda. Spinning in the wheel offers lessons of perseverance in the face of adversity and of discovering personal strength within the matrix of community. On his 2003 Smithsonian Folkways album release, “Brincando na roda,” the great capoeirista Mestre Moraes composed and sang a powerful ladainha (litany) from which comes the title of this album:

And at the 2018 Percussive Arts Society International Convention, the deeply wise musician Valerie Naranjo spoke eloquently and powerfully of the need to cultivate a lifestyle of respect, explaining that “no internal peace is possible without giving respect to one’s elders, one’s culture, and the people with whom one studies and learns. No matter how original an individual might think their own ideas are, nothing comes from one person. We are all part of a legacy. We need to respect where that legacy comes from and to respect where it is going.” And for Naranjo, this begs the question, “how do we give back?”

With sincere gratitude for the rich and powerful lessons the berimbau has brought to us, Projeto Arcomusical dedicates this recording to the international capoeira community and to the Afro-Brazilian community; to the late Mestre Moa do Katende (1954-2018) who was murdered due to an unconscionable act of racial and political violence; to our capoeira teachers Mestra Alcione, Mestre Índio, Mestre Rogério, Mestre Cobra Mansa, Mestre Valmir, Mestre Cabello, Contramestre Beto, Treinel Huu; to our colleagues Matthias Assunção, Juan Diego Menezes, Sazi Dlamini, Luka Mukavele, David Dargie, Cara Stacey, Jason Finkelman; to our African bow musician elders Mama Bavikile, Mama Madosini, Dizu Plaatjies, Maneto Tefula, Mpho Molikeng; to our brothers and sisters in Arcomusical Brasil: Zé Henrique, Rafael Matos, Natália Mitre, Daniela Oliveira, Mateus Oliveira, Breno Bregança, and their dear teacher Fernando Rocha; and of course to the great Naná Vasconcelos (1944-2016) whose music was and remains the original inspiration for everything for which Arcomusical stands. Naná’s vision gave wings to the musical bow in a profound way that has left an indelible impact on multiple generations of creative bow musicians, and his spirit is with us every time we take our berimbaus to play for ourselves and for our community. 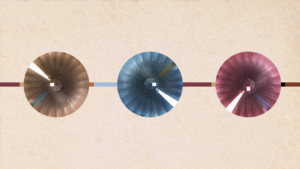