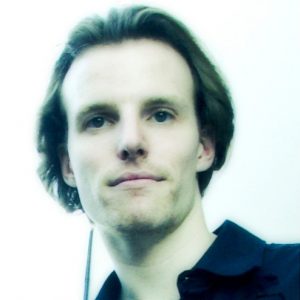 Tobias Wagner is a double Hollywood Music Awards nominated composer of contemporary classical music, film-scores, as well as popular music styles and jazz. Born in Hamburg, Germany, he started to write music as soon as his fingers could reach the piano keys. Tobias has composed for feature films, documentaries, TV-shows, video games, commercials, theatrical productions, radio-plays, art exhibitions, as well as for the concert stage. Among the artists he worked with are Whoopi Goldberg, Hans Zimmer, Anna Netrebko, Tobias Picker, and Ahrin Mishan, to name a few. He won the Annual Composer’s Commission, awarded by the Tactus Ensemble New York in 2003. His works have been publicly performed and broadcast around the world. Tobias’ music is spread across many genres, ranging from classical to jazz, electronic to acoustic, intricate to thick, pop to epic. Growing up in a musical household, he picked up piano, guitar, some cello, a little bit of saxophone and various percussion instruments at an early age. His studies include pop music and sound technology at the Liverpool Institute for Performing Arts, as well as classical composition and piano at the Manhattan School of Music with Ludmila Uhlela. Drawn to the music of other cultures, elements of Northern Indian, West African, and Latin American techniques have seeped into his own musical language. A seasoned specialist of technology, he is highly affluent in both the acoustic and electronic sides of music, as well as sound engineering and production. Currently, Tobias lives and works in Berlin, Germany, and collaborates with partner composers on various film-projects and songs.